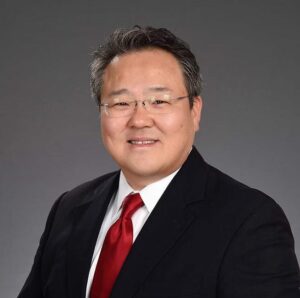 Prior to joining SouthWest Water, Mr. Park practiced for almost 25 years as a litigator, initially with the Internal Revenue Service and then with prominent international law firms. At the IRS, he regularly represented the IRS in Bankruptcy Court as a Special Assistant U.S. Attorney.  In private practice, Mr. Park handled a wide variety of matters in state and federal courts as well as in arbitrations, including consumer and securities class actions, contract and commercial disputes, insurance and reinsurance disputes, and employment disputes. He also managed legal teams in multiple practice areas and geographical jurisdictions for his Korea-based clients’ business ventures in the U.S., Latin America, and the Middle East.  Additionally, Mr. Park has significant experience with regulatory proceedings, having handled general rate cases and other proceedings for water and electric utilities before the California Public Utilities Commission.

Mr. Park received his bachelor’s degree in economics from Stanford University in 1991 and his law degree from the UCLA School of Law in 1994. He is proficient in Korean.