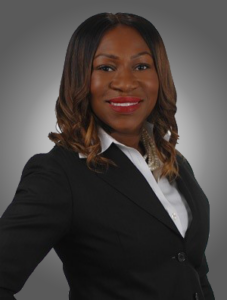 As Chief Executive Officer of INTREN, Sherina is responsible for the strategic direction, human resources, marketing, operations and financial performance of a US $500M private-equity owned utility contractor with 2000 employees and 14 regional offices throughout the United States.

Prior to INTREN, Sherina was an energy and utilities regulatory Partner at Quarles & Brady LLP where she used her solid regulatory experience including analyzing, formulating, and implementing public policy at the state level along with her knowledge on issues affecting the energy and public utility industry including grid modernization, renewables, natural gas infrastructure, cybersecurity, reliability and supplier and workforce diversity.

Prior to joining the firm, Sherina served a five-year term on the Illinois Commerce Commission (ICC), making her the youngest commissioner ever appointed in the state of Illinois. While she served as commissioner, she was involved with the National Association for Regulatory Utility Commissioners (NARUC), serving as the Chair of the Subcommittee on Pipeline Safety as well as Chair of the Subcommittee on Supplier and Workforce Diversity and as a member of the Committee on Gas, with previous service on the Water Committee.

Having founded both the Women’s Energy Summit and the Women’s Energy Network of Chicago as well as having strong influence over the creation of the Illinois Utilities Business Diversity Council and the ICC’s Office of Diversity and Community Affairs, Sherina is nationally recognized for being a champion for diversity and inclusion within the utility and energy space.

In addition to several civic boards, Sherina sits on the Board of Directors for SouthWest Water Company.